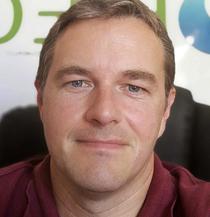 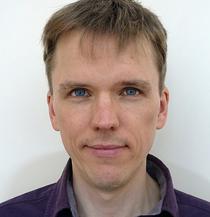 The EU has set ambitious energy efficiency targets for 2030 (32.5%), while the current trend (for the 2030 targets) shows a deviation of 4-6% annually (State of the Energy Union Report) and the IEA confirmed in its recent Energy Efficiency 2030 report that the energy efficiency progress is too slow at about 1% (when it should be 3%). The danger is that after the COVID19 crisis, without any structural changes in energy demand (despite its overall decrease) the forthcoming economic growth will increase the energy intensity and the distance to the 2030 targets can be even higher, especially with the increased climate ambition adopted in December 2020.

Most Member States have been using traditionally financing schemes for energy efficiency in the built environment, next to regulations, Energy Efficiency Obligations or voluntary agreements. Ex-post evaluations of such schemes show although the policy targets are met to some extent, their cost-effectiveness differs substantially. This can lead to the conclusion, also confirmed by the European Court of Auditors (ECA), that cost-effectiveness in such policies financing energy efficiency is not often the dominant factor especially when they are ‘first in, first served’ ones.

Based on ECA’s recommendations, the three main criteria that such policies should fulfill are that the measures financed a) should be ranked based on their cost-effectiveness (Euro/energy saved), where next to the Energy Performance Certificate (EPC) before and after the intervention, the Net Present Value and payback periods should be presented, following the Art 33 of the Finance Regulation; b) should maintain some boundaries to avoid financing measures that would happen anyhow (e.g. lighting or windows in high income households) or very expensive measures with payback period higher than the lifetime of materials; and c) should demonstrate the multiple benefits of energy efficiency (such as health impacts, job impacts, reducing energy poverty, reducing imports of fossil fuels, etc.), avoiding hence too narrow cost-benefit analysis, and be prioritized according to them.

Despite these recommendations, several Member States are locked in traditional financing schemes in the residential sector with somewhat limited efficiency. For instance, a renowned subsidy program on Energy Refurbishment in Households in Greece (“Exoikonomo Autonomo”), launched in December (with a first budget of 900 m€) and following its predecessors (in the last 3 years), is a typical ‘first-in, first-served' scheme. Due to the high demand, it failed to accept more than 50% of the applications from homeowners (as the databases of the EPCs or the Personal tax registration could not upload the data on time and simultaneously) and hence the grant amounts vanished in record times.

Despite the frustration of civil engineer associations, there was no consideration in altering this mechanism (keeping in mind also that the new program must achieve a target twelve-fold higher than its predecessors). This program thus cannot demonstrate the cost-effectiveness criterion, as it is based on the speed of application, hence by excluding 50% of applications there can be no ranking of cost-effective measures. This also signifies that public spending might be less optimal (in the initial phase the first costs were 8 m€/ktoe!) and it also jeopardizes the refurbishment rates required as they cannot be achieved.

Given that Greece, together with other Member States, seek to refinance such programs through the Recovery Fund and the Multiannual Finance Framework, it is of utmost importance to optimize the public spending to achieve the highest benefits in energy savings and multiple impacts. This signals that cost-effectiveness should be clearly demonstrated in such programs, in order for them to be eligible for any financing (even from the 13% pre-financing to the MS from the Recovery Fund as recently agreed). The COVID crisis has also worsened the situation of energy poverty in many countries (as pointed by the EU Energy Poverty Observatory). The targeting of financing schemes can therefore also be adapted to ensure that they contribute to tackle energy poverty.

The EC should thus scrutinize such programs to ensure that the recommendations provided are adopted in their redesign as of 2021. More specifically, the basis for selecting refurbishment interventions should be broad (thus no single ‘first in, first served’ criterion), and the ranking or adapting the aid rates following the cost-effectiveness of these actions or other criteria reflecting policy priorities (such as social criteria related to tackling energy poverty). Furthermore, as indicated in several studies, the free-ridership is a key issue in these programs and especially in countries with relative tax evasion as population groups with hidden incomes can benefit and enjoy higher funding rates (for instance in Greece there were claims that 40,000 energy poor households benefited in the past programs, when energy poverty was rising during the period of economic crisis – this signified a high free-ridership and thus lack of public budget optimization). Furthermore, such programs can address complex issues, such as the split incentives in the landlord tenant dilemmas and overcome the most important barrier in the private rented sector in the EU.

It is thus high time that in view of the financing requests from the Recovery Fund and the Multi-Annual Finance Framework, cost-effectiveness (in a broad sense encompassing multiple impacts) became a key allocation criterion, as this safeguards the sound public spending, but also respects the common goals and our common future in the EU.

Other columns by Vlasios Oikonomou

Other columns by Jean-Sébastien Broc