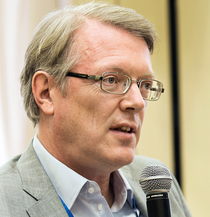 Efficiency or economy? We can have both… or neither

Energy efficiency and a strong economy are sometimes counterposed against each other as if they were a zero-sum choice. “It’s all very well touting luxury renovations, but in the real world investors need a return,” discordant voices will say.  The International Energy Agency’s Energy Efficiency 2018 Outlook study is a useful corrective to this position – so useful in fact, that its neglect in the media was quite shocking.

In it, the world’s foremost energy economists found that efficiency savings could provide more than 40% of the climate mitigation that we need by 2040 – if we are to meet the Paris climate goals – while doubling the value of the global economy at the same time.  What’s more astounding is that under this ‘efficient world scenario’, we would doubly benefit in our daily lives.

Air pollution, energy imports and fuel poverty would all tumble – and energy bills for consumers would plunge by more than $500 billion a year. By the IEA’s reckoning, households could save $201bn in avoided expenditure on gas and electricity, and $365bn on transport fuels.

That is more than the sum spent on tourism by the four highest-spending countries in 2017 – China, Germany, the UK and USA.  Taking this path would also cut global greenhouse gas emissions by 12% at the same time.

Energy efficiency and the economy are not an “either-or” equation so much as a “both or neither” one.  When costly and crucial “externalities” such as wellbeing in outdoor or indoor spaces are considered, the balance sheet is even more skewed towards climate action.

The IEA’s ambitious scenario would reduce killer emissions of SO2 by 42%, NOx by 29% and PM2.5 by 15%, compared with 2015 levels.  The early death toll linked to indoor air pollution could be slashed by around one-third.

In so doing, the energy saving effort would also cut fossil fuel bills for key importers such as China, the EU and India by up to $300bn, $190bn and $189bn respectively.

The bottom line is that energy efficiency is “indispensable to achieving global climate targets,” the IEA says. Its report envisages 60% more building space within 21 years – and 20% more people – but with energy use only marginally up from today.  As the paper warns though, the train to this world is quite literally leaving the platform and there is no time to waste if we are to catch it.

The world’s leading climate scientists reported last month that we have just 12 years left to implement a suite of strong policy measures if we are to stop climate change reaching catastrophic and uncontainable levels.  Experts believe that the next two or three years are a “critical window” that will make or break efforts to tackle the climate crisis.

This is a daunting but just about doable task.  It is also why the agency’s other key finding is so vexing: While “targeted policy action” will be needed to achieve the agency’s Efficient World Scenario model, global energy efficiency improvements have been slowing down for two years now.

Fewer new standards and policies are being introduced and this is helping growth in energy demand. Total spending on efficient buildings and appliances leapt by 3% last year, to $140bn.  But that was little more than the 2.5% investment growth for the building sector as a whole. Worse, the annual growth rate for efficient buildings and appliances slowed between 2014 and 2016.

By 2040, most buildings will need to be either highly energy efficient and new, or already deep energy renovated, the IEA says.  At the rate we are going, it will not happen.

While the agency’s analysis holds out a signpost to a better world, this will not arrive on its own.  Indeed, the “critical window” we need to squeeze through could well slam shut before we have escaped.  What then for those who fret over investment in better buildings now?

We can decarbonise and double the value our economies, increasing our health, happiness and productivity as we do so.  Or we can continue on a business as usual path to planetary disaster, with the economic implications that follow from that.

Let’s not forget: Losses from warming of 5 degrees have been estimated at $7 trillion – more than the total market capitalisation of the London FTSE.  Global flood damages alone on a business as usual path are projected to cost up to $1.8 trillion later this century.

Is this really such a difficult choice?

Take the opportunity to learn more at two seminars at Scotland House on 27 November.

Buildings 2030 in the morning

Other columns by Adrian Joyce