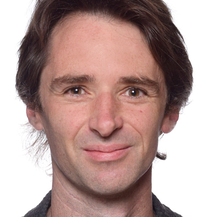 Sometime in the next two weeks the European Commission will propose the first EU budget of the new covid-19 era. It is a monster of a task. As well as carrying out its routine job – under far-from-routine conditions – of recommending how much each member state must contribute to the common budget, the Commission must also figure out how to borrow hundreds of billions more euros on the capital markets.

That is why the release date for the proposal keeps slipping: from May 6th to the 13th, sources say, and now possibly to May 20th.

One point which is not slipping is the Commission’s commitment to a green recovery budget. President von der Leyen and her top executives, Timmermans, Vestager and Dombrovskis, have all made that clear. So have any number of influencers, from Chancellor Merkel to Kristalina Georgieva of the International Monetary Fund and Mark Carney, the former Governor of the Bank of England.

Their argument is simple: most of the recovery money will need to be borrowed - and paid back. It follows that the funds must be invested, not just spent. And green investments like building renovation and energy efficiency improvements are safe: whatever happens, they will be needed in the future (Carney calls this ‘valuing anti-fragility’). Remember that if loans cannot be repaid, taxpayers will have to cover the costs, just like after the 2008 crisis.

But to each their own logic, and this is ivory tower thinking to many people in many member states. They need funds now for all-important health, welfare and cash supply emergencies. Budget deficits in many countries are expected to rise to 10% or even 15%, an almost unimaginable break from the EU’s official 3% deficit ceiling. In such circumstances, a week is a lifetime and climate change is taking place on a whole other world.

That is why even as Commission leaders began championing the green recovery, member states fought for and secured an opt-out from green spending conditions in the current 2014-2020 EU budget.

But the outlook for the following seven-year budget is much better. One reason is debt and the cost of borrowing. The Commission already raises money on behalf of the member states from public and private banks, pension funds and other investors – and will be borrowing much more to supplement the new budget. Standard Commission practice is to include risk margins when it lends the money on to the member states, based on their credit histories (that is why Greece pays more than Germany). But experts explain risk margins could also be set according to whether or not the investment is sustainable. They say even a small difference in interest rates could have a big influence on the choice of spending.

At the same time, there must be many more green projects to spend the money on. This is all about logistics, administration and project support, known as technical assistance in the Commission. Insiders joke that their job isn’t appreciated but there is fierce pride in their descriptions of what they do. They are on the ground, helping officials, NGOs, banks and businesses develop energy efficiency and renewable energy programmes. ‘If we had double the money we could do double the projects’, they say.

Perhaps the real challenge is not to sell the need for a green budget – no one really doubts the benefits – but to convince member states it can deliver results quickly enough to rescue the economy.

If so, the Commission is starting from a strong position. Already before the crisis, it pledged to use the new budget as a guarantee to generate €1 trillion for climate and energy financing over the next decade. Now is the chance to flesh out that pledge. The European Investment Bank, meanwhile, has clever ideas to group projects into investment portfolios – this reduces risk – and to allow commercial banks to claim bigger fees for handling more complex green projects, which appeals to their self-interest.

For all its mainstream recognition, climate action has struggled to be more than a niche investment area. But sometime over the next two weeks this could change for good.

Other columns by Brook Riley