(eceee news, 11 Feb 2020) A ban on mercury in lamps would cut EU’s CO2 emissions by more than 40 megatons and electricity use by 138 TWh between now and 2030. “Plug and play” LED lamps are now good enough to replace almost all fluorescent lamps with good economics, a recent report to the European Commission claims. 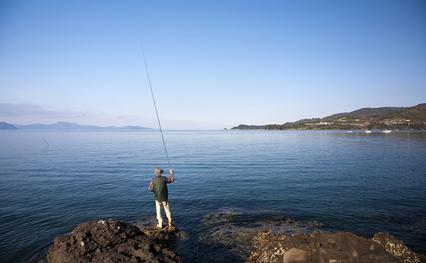 The report, produced by the Swedish Energy Agency and CLASP was submitted to the European Commission in late 2019, as part of the review of mercury exemptions under the RoHS Directive.

“Energy efficiency experts often tend to look for multiple benefits of energy savings. This time, reduction of energy use, energy bills and greenhouse gases would be significant multiple benefits from our efforts to reduce toxic chemicals in the environment”, says Dr. Peter Bennich at the Swedish Energy Agency and one of the authors of the report. “It is also a test on how much global leadership Europe is willing to show and an early test of the seriousness behind the European Green Deal”.

EU’s RoHS Directive – Restriction of the use of certain Hazardous Substances in electrical and electronic equipment – bans six extremely dangerous groups of chemicals in electrical and electronic products. Mercury is one these substances. In May 2017, Europe also ratified the Minamata Convention, a global convention restricting the use of and exposure to mercury, which currently has 128 signatory countries.

Mercury – Once the better, now the worse option

Why does mercury in lighting matter? Mercury is key to fluorescent lighting but lighting-related mercury is also a serious environmental problem in two ways.

First, fluorescent lamps cannot operate without mercury. Even if the mercury content of lamps has gone down slightly over the years, mercury cannot be eliminated from fluorescent lamps. And there are more than 100 million lamps sold annually in the EU – thus, the amount of mercury in lighting products adds up to a lot. This problem could be managed relatively well if used lamps would be disposed of and recycled properly, but unfortunately that is not the case in Europe.

The second serious environmental problem is associated with the emissions from burning solid fuels in power plants to generate electricity to run these lamps.

Until a few years ago, there was a positive trade-off between mercury in lamps and how much mercury emissions from power plants these lamps could reduce. Fluorescent lighting used to be the most efficient and cost-effective option for lighting homes and offices, so allowing mercury in lamps actually saved power – and cut associated power plant emissions of mercury – compared to other less-efficient light sources that didn’t contain mercury. However, developments in LED technology over the last 3–4 years have completely changed the game: LED lamps are now 2–3 times more efficient than fluorescent lamps.

Under the RoHS Directive, suppliers can apply for exemptions which can be given for up to five years at a time. Exemptions are granted if it can be proven that a banned chemical is needed for a certain product and there is no viable alternative. Technical feasibility and economic assessment are both part of that review.

In the evaluation process, the European Commission had a consultant look at the socioeconomic impact of phasing out fluorescent lamps and they concluded that there would be very high costs associated with rewiring or changing luminaires. The Swedish Energy Agency (SEA) and CLASP, an international expert NGO devoted to product energy efficiency, questioned these findings, which were found to be based on outdated market data. SEA/CLASP thus produced their own report, showing that with the current market availability of LED drop-in retrofit lamps (for EU-28), up to 90% of all fluorescent luminaires can now accept an LED “plug and play” alternative without rewiring.

By removing the RoHS exemption for fluorescent lighting – in practice a ban on that technology – the following benefits would be achieved through 2030:

T8 lamps, the category of linear fluorescent lamps that would deliver most savings, are to be banned through the ecodesign regulation in September 2023. If the exemptions are not renewed the phase-out could take place in September 2021. Are these two years of any importance?

The modelling in the SEA/CLASP report shows these two years are very crucial indeed. The difference in timing would mean that 231 million fewer T8 lamps would be installed (the fittings would instead have more efficient LED tubular retrofit lamps). This translates to 64 TWh of electricity and 18.9 MT of reduced CO2 emission and 5 billion in electricity costs.

For T5 and so-called CFL non-integrated (pin based compact fluorescents) there is no phase-out date in the ecodesign regulation. Phasing out these lamp types would deliver the remaining share of the savings.

Lighting Europe, the European lighting manufacturers’ trade association, is contesting the findings. Despite the serious content of this topic and the SEA/CLASP report, observers may find humour in the debate. For instance, in Annex C of the report, one can find this passage:

SEA/CLASP believe that the published technical literature on the LightingEurope members’ websites and resources such as their on-line lamp selection tools are designed for professionals and contain trustworthy information for consumers, building owners and lighting specifiers alike. We believe that the information we have reviewed in preparing this report on the LE members websites is both accurate and truthful.

A interesting point is whether the Commission will decide to go for innovative solutions or protecting incumbent industries. According to media coverage (see, e.g., the Guardian) Member States such as Germany, the Netherlands and Hungary all have asked the Commission to extend the exemption. These countries are home to production of fluorescent lamps and two of the world's largest lighting companies are based in Germany and the Netherlands respectively.

At the other hand, there are new companies that have developed solutions for replacing fluorescents with LED technology, trying to capitalise on new technologies and a belief that policy makers and politicians will act on climate and their commitment to conventions such as the Minamata convention. An article in the Dutch De Volkskrant (The fierce battle for the fluorescent tube: does Timmermans go for green innovation or the economy? – in Dutch) highlights the innovation aspect of this battle.

One important topic in the debate is how seriously the Minamata convention should be interpreted. The EU and its member countries have committed to reduce mercury whenever possible. The current debate and decisions will be a litmus test for how serious the convention should be interpreted. The Swedish Government has written an official position to the Commission about fluorescent lighting in RoHS stating that “Sweden’s main concern is that there are no legal grounds for renewing an exemption”.

It is clear, however, that whatever Europe decides on this issue, the outcomes will have global repercussions and affect how much Europe can be viewed as taking a leadership role. This applies both to mercury reduction, but also to energy and climate and it is perhaps the first real test for Europe’s Green Deal ambitions.